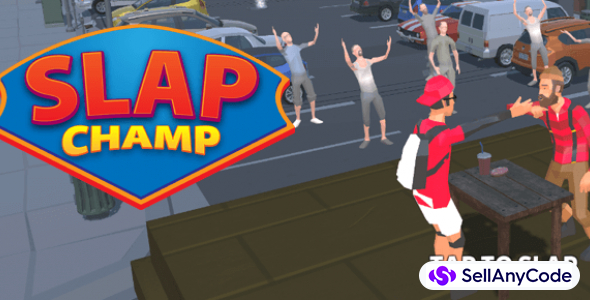 Slap champ is a game about a real-life tournament where contestants have to slap each other out of their chairs. Sounds stupid? Well, it is pretty dumb, but it’s also hilarious to watch and the game is awesome to play!

Perhaps the sport won’t make it into the Olympics, but it has made it into the Android games library and players around the world are loving it thanks to its hilarious and stress relieving features. The game is all you need to take out your rage on someone’s bright red face!

Lots of cool animations and features

All Major Ad networks integrated with simple one click use plugin