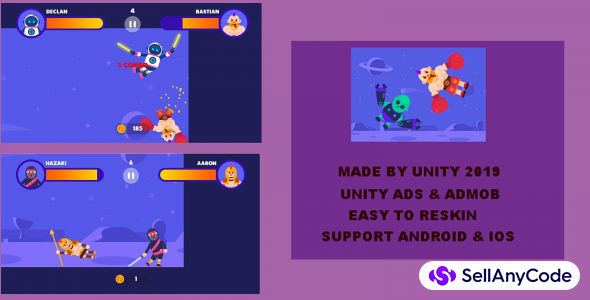 Ragdoll Warrior is a complete project template that will help you create a great casual game. You only need change the graphic, advertising ID and publish on Google Play or App Store . The project includes many game features like Admob, Unity Ads. The project use Unity new version (2019.x) so your game has highest performance and support all mobile device generationHow to play